Mental Health in the Time of College and Covid

“Loneliness or isolation, along with loss of motivation or focus, are among the top concerns of college students who have sought counseling during the pandemic, according to national data collected by the Center for Collegiate Mental Health at Penn State.”

Over the last decade, I have seen a tremendous number of students who have faced depression, anxiety and other mental health trauma in college-bound students. In fact, this rate has nearly doubled since 2011, according to a Healthy Active Minds Study (a collaborative effort between UCLA, the University of Michigan, Boston University, and Wayne State). For those who have published records, there seems to have been a rise in suicides on campuses across the country, including Dartmouth, WVU and Princeton.

Displaced from their homes, often without their support systems of friends and family, students are faced with increased pressures of college-life, unable to bear the transition. Singled into rooms without roommates under strict Greek-letter Covid restrictions, the next new virus keeps the vicious cycle alive.

Google “Top Mental Health Colleges” and you will find many links to lists like you would find for Engineering, or Fashion Merchandising, but no ranking currently exists that truly exposes the lack of support in some colleges. Certainly, there are a good number of schools that are more equipped than others to handle the exponential rise in requests for mental health support. Princeton shared that just this year, they had a 15% increase from students seeking help. But there are many, many more who, despite their commitment or intent, simply cannot handle the current rising tide of young adults entering their dorms with real needs.

Suicide is officially the second leading cause of death in teens; were it not for many suicides to be filed as homicide in some States, it may very well be the first.

So how do colleges handle mental health in admissions?

“She explained that the [Cornell] admissions department had an informal policy of rejecting any applicant who mentioned depression or other mental illnesses in their essay.”

Some articles have been published lately with specific schools – Cornell, for example – who allegedly deny students outright that mention mental health challenges in their essays. We have to note that these are all anecdotal. But there is an important distinction between college admissions and college support.

In admissions, there seems to be a great deal of success (aka. acceptance) at just about all college campuses so long as (1) the student essay provides clear evidence of recovery, (2) with some time of a year or more having passed since then, and (3) ongoing support that the student has learned to rely on. Without these three aspects in the essay, admissions officers will place a red flag on the application, and call in Student Affairs to review the application in a separate pile. In my calls to Duke and UPenn, they have explicitly stated that they do this, but I surmise that most colleges will red flag an application in the same way.

College support is another matter altogether. Dig inside the website of every college and you’ll find lots and lots of info on how students can seek mental health support. But look deeper and you’ll often find that some colleges simply will refer the student to a local hospital or an urgent care provider, whereas others have spent a great deal of effort to address this growing trend by creating and staffing robust counseling and psychological services (CAPS) departments.

In my professional network of Independent Education Consultants, many have expressed concerns that schools such as Cal State, UVA and Lewis & Clark are unable to provide help for their students in need. But even more have shared positive experiences from over 90 colleges and universities, extolling the schools and how their students were fully supported. That informal list can be found here.

I was one of those kids in college who used to look down on my peers going through depression. “Why can’t she just snap out of it?” or “He’s weak” would often be running through my mind. But I now realize that the social stigmas surrounding mental health greatly affected my perceptions, to the point of being gaslighted by media and other divisive outlets. When I myself went through depression for the first and last time just over five years ago, I realized how ignorant I was of this very real, very detrimental illness. This stigma still exists, apparently in college admissions offices as well, but no one knows for sure where things stand from office-to-office, or even year-to-year. We do know that the college admissions landscape is constantly shifting and increasingly stressful for applicants.

What we also know is that active, intentional intervention works. A study published by the British Medical Journal recently found that Logic’s rap song – named “1-800-273-8255” after the phone number to the suicide prevention hotline – saved hundreds of lives, perhaps as many as 245 fewer deaths that year the song came out.

Parents can also provide a safe space for their children, giving them room to fail, staying connected throughout, encouraging healthy habits and sleep, learning about every college’s mental health services, and seeking professional help as soon as their child exhibits concerning behavior.

“It can be so hard

It can be so hard

But you gotta live right now

You got everything to give right now” 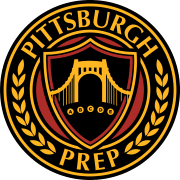